Representatives from League of Education Voters (LEV) and community-based organizations recently traveled to Baltimore, Maryland, to learn more about the discipline reforms that have been implemented by Baltimore City Public Schools with great success. This is the seventh in the series, Lessons from Baltimore: Transforming School Discipline. 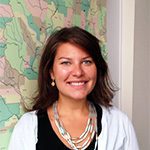 There were a number of messages, strategies, and lessons that the Baltimore City Public Schools staff and administrators shared with us on the issue of school discipline. Three of these messages have remained with me:

There is a critical step in revising school discipline policies that involves looking at the practical rather than the socio-emotional, and that involves data.

Data is imperative, not as a method to create a neat little box to put people or issues into, but as a way to measure progress. It’s true that data cannot track the immeasurable, such as the culture of a school, the meaningful relationships teachers build with their students, the commitment of a community to their school, or the use of restorative justice practices (the practices that are known to make huge impacts on keeping students in school and out of disciplinary trouble.

However, data can show the progress and influence these measures are having on discipline rates—directly or indirectly. These measures show up in the numbers, and they give us hard facts about the progress schools are making to back up these programs and inspire those carrying out the hard work.

It may not be about the data and the numbers gathered, but it is about what we do with that data. It’s about using those numbers to promote fidelity within the system and to continue to improve the environment and outcomes for the students in the classroom.

Baltimore knows the power in using data well. They also know that using the data appropriately more often than not allows their principals and teachers to work smarter (rather than harder) to address school discipline. The measures Baltimore is taking are not earth shattering, but the approach is—data is being used to highlight progress and avenues for improvement rather than highlighting failures.

For example, every school in Baltimore receives their discipline data broken down by grade, incident area, type of incident, and attendance rate on a weekly basis. This information is then compared to the same point in the previous year. Every week. Paired with this information is an analysis of what the numbers could mean and what might have affected them. Was there a change in staffing? Was there a change in the school day? Was a new policy imposed? Corresponding to this are suggestions on how to maintain positive numbers or improve upon areas of concern. This is an excellent example of data being used in a purposeful, meaningful, and practical way. This is what I consider optimum usage of data within the school system.

Washington state now has a similar choice to that of Baltimore. What will Washington do with the school discipline data that is now being collected across the state? There is an opportunity here for the school community to embrace this new resource available to them. In the area of school discipline, this data can open doors for schools to take action, make change, and make their schools into a place that teachers, parents, and students want to be by instituting those changes and tracking that progress.

What gets measured must not only get done, it must also highlight the momentum toward the end goals in order to keep teachers, principals, and families committed, passionate, and engaged.

Beth Richer received her first taste of LEV as a consultant with the Youth & Families Initiative, getting an inside perspective of the challenges facing parents and community members in preparing their children for school and life. After managing Rep. Marcie Maxwell’s successful re-election campaign in 2010, she returned to LEV to continue to grow and build relationships with Washington’s legislators and their communities as part of the Government Relations team. Beth’s work focuses primarily on issues that directly correlate with closing the opportunity gap for Washington’s students.

2 comments on “It’s about data”