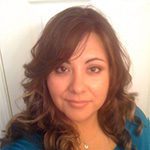 Earlier this month, a study from the University of Washington examined ways that immigrant parents could become engaged in their child’s school when traditional methods are barriers to their involvement.

That study resonated with League of Education Voters (LEV) Community Organizer Micaela Razo, who has done much of the work mentioned in the study—both as a parent and as an organizer—by engaging parents in migrant families in eastern Washington.

We asked Micaela to tell us about her experience engaging parents in their child’s school, and she told the story of creating the first Spanish-speaking PTA in Washington state, formed two-and-a-half years ago in Grandview, and how she got there.

I became an advocate for my child when he was very young. We were living in one of the wealthiest school districts in the area and the PTA lived up to the stereotypes you hear about—that it’s just bake sales and fundraising.

But I was finding that I had to navigate the maze of school bureaucracy and learn to advocate for my child all on my own, so I decided to infiltrate the bake sales. I was the first parent of color to join the PTA.

The story could have ended there, but the school’s principal said she saw something in me that she didn’t see in many parents and nominated me for the office of secretary in the PTA.

From there, I slowly began to change the board. I organized trainings and brought in specialists to talk about special needs students. We began to engage parents in ways beyond fundraising. This, in turn, opened the door for other families, families of color to get involved. Next, I began advocating for Hispanic families who needed resources and ensured that they had access to the same resources I had found.

My family and I moved to Florida, where I was also heavily involved in my child’s school. We eventually returned to Washington and settled in Grandview.

When I went to the school to sign my children up, I asked the staff, “How do I sign up for your parent group?”

The staff literally laughed at me. They said, “We don’t do parent engagement here. We haven’t had a PTA in 20 years.”

I felt so strongly about parent engagement that I told the staff I was going to start a group. The principal heard me and told me that he would support my efforts. He started by calling a parent meeting during the second week of school.

Just 15 parents attended, all of them Spanish-speaking, so there was a huge language barrier. Although the principal was making every effort, it was clear to me that the parents were not engaged and did not really understand what he was talking about. So I started asking questions and translating what I was asking, and all of the parents perked up.

I wasn’t working at the time, so I starting going to the school everyday and talking to parents as they dropped their kids off at school. I made phone calls and then I invited parents to an initial parent engagement meeting.

Word got out, and more than 60 parents showed up at the first meeting. That meeting lasted more than three hours, and we discussed our goals for the school and barriers to parental involvement in the school.

That’s how the Grandview PTA was formed for Spanish-speaking parents. But the PTA was the end result—it’s not how we started.

I started by talking about getting engaged in your child’s education and gave parents some ownership of and leadership responsibilities for their child’s education, and we were able to discard the stereotype of a PTA and form an organization that actually engaged parents.

Even now, with a formalized PTA chapter, we don’t focus on governance. We spend the minimum amount of time on minutes and the rest of the time on parent engagement trainings.

A lot of work that I do trying to engage migrant and low-income families is simply gaining their trust. Once parents know that what I say is true and effective, they’ll trust me. Many of them might not understand school bureaucracy or organizational governance, but if they trust me, they’ll stay engaged in the organization and in their child’s education. They respect me because I respect them and meet them where they are. I will make sure that all parents have the resources they need.

I always tell parents, “We can move walls if we work together. We can’t do it alone.”

My primary goal wasn’t to form a PTA, it was to engage parents; the PTA was a side effect. And together, we changed the culture of our school. After 20 years of no parent engagement, we changed that culture within two years.

The University of Washington study hits the mark on the work that we’re doing in eastern Washington.