Activist of the Month: Emma Margraf

At the League of Education Voters (LEV), we recognize all of the hard work that you do toward improving public education across Washington state. We are pleased to announce our Activist of the Month for February: Emma Margraf. Read more about Emma’s experience as a foster parent who advocated for her foster daughter even when told by everyone around her to simply expect less. 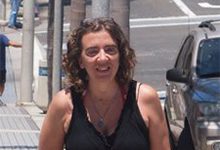 Emma Margraf became a foster parent nearly seven years ago. You may have read her guest blog posts on our website over the years about her foster daughter Jane and their experiences through the school system. As you might imagine, Jane and Emma both had an uphill battle to success. As Emma writes in her most recent blog, “Fewer than two out of five foster kids graduate from high school in Washington—let alone go to college.”

Jane had her work cut out for her, but so did Emma. Emma says that dealing with the education system was much more complicated than expected. She was new to the world of foster care and “didn’t speak the language of the system.” While she had help from a case manager to help “translate,” Emma says that new issues with the system constantly cropped up and every issue had cascading consequences that were new to her.

And Jane was suspended weekly—or even more frequently—in her first year with Emma. Although the school didn’t notice, it didn’t take long for Emma to realize what was happening. Jane, who loved to read but struggled with math, would act out in her math class, get sent to the suspension room, and be allowed to read whatever book she happened to have with her—usually Harry Potter.

After years of working on political campaigns, Emma says that her response to obstacles has never been “Ok.” So, she set out looking for alternatives to the school Jane was attending.

Emma was able to raise funds for Jane’s tuition to a local Waldorf school (where Emma’s mother had once taught) and was able to send Jane there for one year. When Jane returned to public school the next year, her reading level was seven grades higher than it had been the year before. She tested out of two of the four IEP standards.

As a result, Jane warranted less attention from the school, which prompted Emma to write in a blog post called “Welcome to the middle”: “I just can’t live with the prospect of Jane getting stuck in mediocrity. Every child deserves more.”

One of Jane’s goals from the beginning was to graduate from high school and have a life better than her parents had, so Emma set out to get her past mediocrity. Jane attended a private school for two years of her high school experience, and she returned to a public alternative high school for her last year of high school.

And in late December, Jane received an envelope from her first-choice college—a letter of acceptance. Writing about Jane’s college acceptance in her January 8 blog post, Emma says, “Six years ago, every school official in Jane’s life would have said this was impossible, and we’ve been told not to hope for it ever since.”

Emma testified about Jane’s experiences in Washington public school to the State Board of Education at their January meeting. She spoke about the importance of academic rigor. She told the State Board that one of the biggest problems with the public school system is that expectations are so low for students—like Jane—who are capable of doing so much more.

LEV State Field Director Kelly Munn says that State Board responded well to her testimony, and several board members spoke with her afterward.

Emma has been told many times over the years how “lucky” Jane was to have her, but Emma says that’s the wrong word to use. “All I’m offering Jane is what all kids should get.”

One of just 36 percent of Washington foster youth to graduate from high school, Jane will enter Evergreen State College this fall as a freshman.