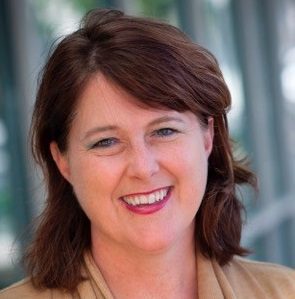 Lauri brings 30 years of experience in journalism, community engagement, advocacy, strategic communications, and fundraising. Lauri’s personal mission is educational equity and making a difference in Washington state, both at the League and in her volunteer time.

Before joining the League, Lauri was the Vice President for Engagement at Woodland Park Zoo. Prior to that, she directed public affairs in the Northwest for Edelman, working with a diverse portfolio of political and public affairs clients from the University of Washington to the Bezos Family Foundation. She has also held positions at Community Schools Collaboration, the YMCA of Greater Seattle, and the Municipal League of King County (executive director). Early in her career, she was an editor at KIRO Radio in Seattle and worked as a press secretary in Washington D.C., as well as a senior manager in the federal government.

Lauri has volunteered and served on boards for a variety of nonprofits, including Treehouse, Mary’s Place, Thrive Washington, Southwest Youth and Family Services, and the Seattle Men’s and Women’s Choruses, among others. She currently is involved with the Seattle Chamber and Seattle Rotary, as well as the Western Washington University Journalism School Professional Advisory Board. She also is a member of the board of the National Women’s Political Caucus, Washington State Chapter (and Fundraising chair).

Lauri is most proud of her three grown children, all of whom went to college. Her second-biggest source of pride is her own educational journey. She returned to the University of Washington in 2019 after dropping out 30 years earlier and will receive her Bachelor’s in Integrated Social Sciences this March, with a focus on institutional racism. She plans to then move on to her Master’s in Mass Communications with an emphasis on public interest communications and driving social change. 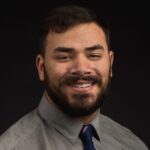 Kenji Linane-Booey was born and raised in Spokane, Washington. He comes from a family of six who taught him the importance of building community at an early age. Whether it was through community engagement events or Sunday family dinners, understanding others has always been a part of who he is. Kenji went to Shadle Park High School and then on to Gonzaga University as an Act Six scholar. Throughout his adult life, he has been focused on working for and with underserved communities and is excited to support students all across Washington state and throughout the Spokane region. 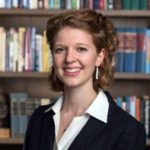 Eleanor (Ellie) joined the League of Education Voters (LEV) in 2019. Holding a B.A. in History and Literature with a secondary in African American Studies, Ellie spent her undergraduate years focusing particularly on the role of education in shaping narratives of slavery, the Civil War, and freedom, as well as the ongoing legacies of disenfranchisement that affect communities of color across America. Her studies showed her that history classrooms can be a profoundly powerful tool for liberation and empowerment, so she decided to become a teacher focused specifically on serving high-needs schools. Prior to joining the LEV team, Ellie was a 7th grade history teacher at Leadership Prep Ocean Hill Middle Academy in Brownsville, New York and then at Prospect Hill Academy in Cambridge, Massachusetts. She also gained experience in legislative offices while working for Massachusetts State Senator Eric Lesser.

Ellie hails from Boston, where she received a bachelor’s degree from Harvard University and a Master of Education degree from the Harvard Graduate School of Education (HGSE). She was a member of HGSE’s new teacher-training program, the Harvard Teacher Fellows, which aims to offer an innovative pathway into teaching for social justice-oriented graduates. Ellie enjoys music and singing, exploring national parks, and petting all the dogs she spots around Seattle.

Director of Field and Community Engagement 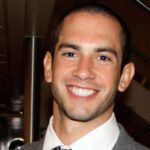 Eric Holzapfel is an immigrant from Ecuador. He has been working with underrepresented communities on medical access, immigration, youth mentorship, criminal justice reform, language rights, politics, and labor rights for the last 12 years. Before coming to LEV, he was the Deputy Director of Entre Hermanos, a Latino LGBTQ organization. At Entre Hermanos he increased the footprint of the organization by threefold and created a Legal Services Department that represents LGBTQ Latinos in immigration proceedings. Eric earned his master’s of public administration from UW’s Evans School of Public Policy & Governance. He is the son and grandson of life-long educators. His grandmother was an English teacher in Ecuador for 35 years and his mother is a Spanish professor in Kentucky.

Eric enjoys traveling and experiencing the biological and cultural diversity of this planet. He’s been to nearly 50 countries, and strongly encourages people to visit Ecuador. He loves backcountry hiking and camping and reading Latin American magical realism. 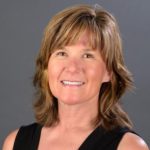 Nancy joined the League of Education Voters in 2012, after brief stints at Historic Seattle and Washington STEM and after several years at the New School Foundation. Through her work at NSF, she was part of the team that built the Rainier Beach Children’s Garden at South Shore School. Her personal involvement in public education includes being a PTA Board member, serving multiple roles, from Legislative Liaison to President, at Olympic View Elementary in Seattle.

Nancy is a product of local public schools (Go Kangs!) and earned her BA in English at UCLA and her master’s degree in public administration at Seattle University.

Nancy volunteers at SHINE, a retail store located at SCCA House whose proceeds benefit patient programs at Seattle Cancer Care Alliance. She lives in north Seattle with her husband and two teenage children. She enjoys going to their athletic and musical events, exercising, traveling, and camping, especially in Hawaii. She is an avid reader. 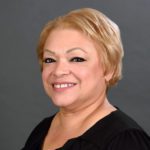 Ruvine joined the League of Education Voters in 2014. Prior to that, she participated in Early Achievers Institutes in Spokane and Yakima to receive training in the Early Childhood, Infant & Toddler, and Family Child Care Environment Rating Scales and became a pre-K-certified reliable observer on the Classroom Assessment Scoring System. She attended these institutes while also taking Columbia Basin College’s Child Development Associate (CDA) course and volunteering with AARP’s Tax-Aide Program in her community.

Ruvine has 6 children and 12 grandchildren. She lives with her dog, two parakeets, cat, three daughters, and five grandchildren. She loves sharing new lessons she’s learned with her family, on topics such as early learning, social and emotional development, gardening, reading, and about her community. 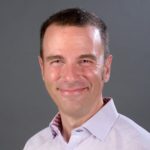 Arik Korman has worked in Seattle media for over 20 years with KING, KIRO, KZOK and KJR, most notably as Executive Director of The Bob Rivers Show. He currently hosts his own interview program on iHeartRadio. Arik earned a Puget Sound Radio Broadcasters Association Soundie award for his partnership with World Vision, which has resulted in nearly 5000 children sponsored around the world and annual donations of more than $2M for projects such as education, clean water, food security, and medical care. Education is in his DNA, as his mother and sister are teachers, he has a son in public middle school who requires special education services, and he views education as the single greatest catalyst for change in society. 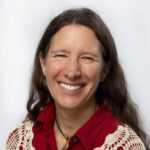 Pam joined League of Education Voters in 2020. She has spent her career in the nonprofit sector, working toward disarmament, death penalty abolition, economic development, immigrant rights, and environmental sustainability. She discovered her affinity for accounting in the mid-’90s and has focused on it exclusively since 2007. She spends the other part of her workweek as the finance manager for an organization serving people with disabilities.

When not working, Pam enjoys being active in the mountains, cooking, and playing with her music ensemble. 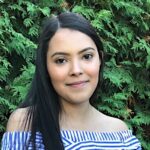 Lizzeth Mancilla is a recent graduate from the University of Washington. She graduated in June with a Bachelor’s in Communication. She has a mixture of experience with social media, marketing, and outreach work. As a member of Rainier Scholars, a program that offers a pathway to college graduation for students of color, Lizzeth understands the importance of ensuring all students have an equitable opportunity for success. She has participated in countless workshops around intersectionality, having social justice discussions in schools, being an ally to marginalized groups, etc.

In her free time, she enjoys going to concerts, trying new coffee shops, and exploring the PNW. 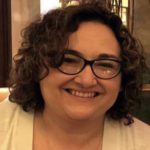 Jennifer has worked in education for 20 years. She began her career as a bilingual first grade teacher in her hometown of Wapato, WA then moved on to Seattle Public Schools. From Seattle Public Schools, Jennifer moved into a management role in private tutoring in both Seattle and Southern California. Prior to joining the League of Education Voters, Jennifer spent ten years as a dean and campus director in adult education. Jennifer has developed and facilitated training programs for teachers and leaders in education and feels strongly that continuing education and professional development contribute to student success.

Jennifer, a West Seattle transplant, enjoys spending time with her fur babies, attending Sounders matches, and is a long time Huskies season ticket holder. She is an avid reader and enjoys cooking for herself and others.

Jennifer has a bachelor’s in Spanish from the University of Washington and moved on to complete Heritage University’s Education program when she realized how much she loved working with students. 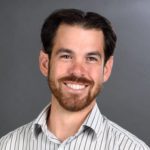 Jacob Vela’s strong desire to get involved in the civic process led him to work in the election cycle in Nevada. That adventure compelled him to work as a legislative assistant in the Nevada Legislature, where he focused on civic engagement and electoral issues. The strong civic culture and beautiful scenery of the Great Northwest managed to lure him away from Nevada. After settling in Seattle, Jacob attended the Evans School of Public Affairs at the University of Washington. Prior to joining the League of Education Voters, Jacob worked with local nonprofits in strategic planning and working to develop policies to improve the quality of life of formerly homeless individuals in downtown Seattle.

Jacob received his BA in political science and Spanish from the University of Nevada. He earned his master’s of public administration from the Evans School of Public Affairs with a focus on policy analysis and urban policy. When not in the office, he can be found wandering the Cascades, enjoying Tacoma’s parks, or honing his skills as a woodworker. He also enjoys introducing his one-year-old daughter to the happiness of being outdoors.