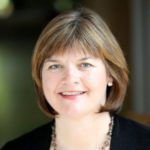 LeAnne is the Director of First Year Programs at the University of Washington focusing specifically on successful transitions for high school and transfer students entering the institution. She has held positions at various public and private universities and served as a board member for the YMCA, for NASPA Student Affairs Administrators in Higher Education, and as a volunteer at the non-profit Treehouse. LeAnne is interested in connecting her experience with those focusing on the K-12 landscape to further align efforts supporting first generation, low income and underrepresented minority students. She earned her BA in Sociology from Pacific Lutheran University and Master’s in Public Administration from the University of Delaware. She lives in Seattle with her partner, daughter, and foster son. 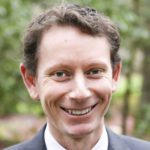 Michael is the SVP of Business Operations at Bentall Kennedy. He has a passion for public education, developed from Australia (where he was born) to today in Seattle, where he will have 2 daughters attending Seattle Public Schools. He has run for State Treasurer and has institutional financial and operations experience with large entities. He is currently PTSA President at Kimball Elementary (Seattle) and serves on the National Board of Trustees of Camp Fire.

Research Coordinator at CRPE | Education Pioneers & Teach For India Alumni – Roohi has served as Communications officer on the Alumni Advisory Board – Masters in Education Policy program, University of Washington. She brings experience as a thought partner, contributing to policy discussions. She is a champion of educational equity for all children and brings international perspective to the group from her experience teaching third and fifth graders as a Teach for India fellow in Pune, India. Roohi is interested in serving on the LEV Board because of our shared vision towards achieving education equity for all children. 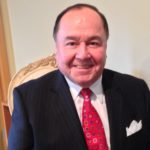 Oscar Cerda serves as Community Engagement Manager for the Washington Department of Transportation. Oscar lives in the Tri-Cities and travels frequently to Olympia and around the state. He is currently serving on the Board of Latino Civic Alliance and has a long history as a community activist. He has a strong interest in serving diverse communities. With his experience, he would like to support LEV in alliance and coalition building with communities of color and Latinos. 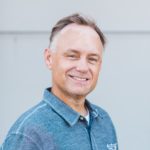 Dr. Byrd has worked in Washington schools since 2002. He served 11 years as a principal and assistant superintendent at Edmond Public Schools, and completed his third year as associate superintendent of curriculum, assessment and special programs at Everett Public Schools before taking the role of Executive Director for TFA’s Washington region on July 1, 2016. As part of the Everett leadership team, Dr. Byrd led efforts to make Everett Public Schools the first district in Western Washington to have the AP Capstone Diploma program in each of its comprehensive high schools. He helped close the ethnic participation gap in advanced placement courses, expanded early learning programs and supported the establishment of a PreK-12 computer science pipeline 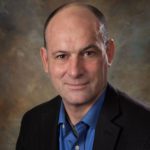 Frank has worked in non-profit and consulting for the bulk of his professional career, providing strategic planning, negotiation, staff and budget development, community outreach and policy for various organizations dedicated to public advancement.

One of Frank’s top career goals is to create sustainable institutions that are both entrepreneurial and have positive, wide-ranging community impact.

Frank earned an MPA in Public Affairs, Political Science and Women’s Studies from the University of Washington in 2006.