Student Voice: Could McCleary be Asking for More Inspiration? 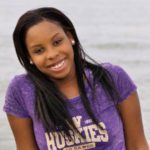 With the proposal of a new and improved system that will help to ensure that all students feel confident and equipped, one thing I, as well many educators, policymakers and parents may be wondering is: how can the new system set in place with McCleary be used to inspire students moving forward? In addition to teaching kids the fundamentals of learning, how can we teach them the fundamentals of a living an enriched and motivated life in a way that’s engaging for every student – those who have a strong network of support at home and those who do not?

To begin this week of following McCleary, resilience is best defined as the ability to work with challenges in a way that teaches and enriches, and in turn allows an individual to thrive. It’s what many might consider to be one the great and rare virtues in life. I mean rare in the sense that not all students understand how to obtain it, where it comes from, etc. The task is figuring out how all students can understand it and, in turn, embrace it in a way that it is maintained to college and beyond. How do you get students to become resilient?

It’s not very often when I’m at a loss for words. In fact, I can count on my hand the number of times that I’ve been so inspired or surprised to the point I could barely write or think. All I wanted to do was just hold on to that moment. This has only happened a few times. The first was when I read Life Without Principle for the first time. The second was when I received the Gates Millennium Scholarship. The third was when I stood in front of the Eiffel Tower last year on Thanksgiving. The fourth was when former Congressman John Lewis acknowledged my presence, and the very last experience was a bit peculiar because it consisted of crossing paths with a complete stranger and receiving a card.

A business card is a business card, but he didn’t have just an ordinary business card. He had an answer to exactly what the K-12 system is missing. Part of what McCleary understands and recognizes is based on the statistics and feedback of the current system, but this stranger who handed me his card really understood, and built an entire organization around it.

In hindsight, his organization propels the missing fragment in the K-12 system that some students find, while others, unfortunately, do not. His story was printed on the back of his card, and my entire life was completely changed. I was overtaken with inspiration, and once again unaware of what to do with myself for the fifth time in my life.

I’ve met a lot of remarkable and inspiring people over the years, but this encounter was a bit different. His story filled my heart with so much hope and possibility for the future that it inspired me to the point of silence. He is also a Gates Millennium Scholar, CEO of From Hardships to Scholarships, and goes by the name Deonte Bridges. He is someone who I’ve added to my list of Great Inspirations.

Deonte is originally from Atlanta, and he introduced me to the impact that this virtue of resiliency can have when it comes to education.

I attended the Annual Library Association Conference in Orlando, and former Congressman John Lewis was one of the keynote speakers. I was staying at the Hyatt Regency and near the reception desk when he walked by with a few of his colleagues. I waved at him and he waved back at me. As if life wasn’t great enough after that moment, I was able to casually network with my fellow GMS Scholars over the next five days. It was in that same lobby that I was lucky to be in the right place at the right time to meet Deonte Bridges.

We were standing by the second elevator towers in the Hyatt and he was casually dressed in a white shirt. At the time, I didn’t know how powerful he was, or who he was for that matter, because I’m a little behind in ALL social media movements. That’s one thing I promised myself at the beginning of next year I would work on – using my social media accounts more, instead of writing in my journals all the time. I didn’t know that he took the Internet by storm when he graduated his senior year, around the same time he was welcomed into the GMS family.

Deonte was first male valedictorian of his high school in more than a decade and earned over $1,000,000 in scholarships – all while overcoming hardships such as the untimely death of his brother, his mother’s diagnosis with cancer, and being robbed at gunpoint. In a live interview he invited me to watch, he said he remembers a time during his freshman year of high school when he told everyone that he was going to get a million dollars in scholarships. Everyone thought he was crazy and didn’t believe him or in his ability to make something like that happen as an inner city youth. When he did it, despite everything else that was going on in his life, it took the world by storm. He had that same Alice in Wonderland Confidence I spoke about in my previous blog.

With over 1 million YouTube views of his powerful speech about overcoming the odds, people in Europe, Africa, and throughout the U.S were taken away by the beautiful virtue he carried throughout the K-12 educational system and Morehouse College. From there, he was featured on CNN Live, in Essence Magazine, and on a wide range of talk shows.

Deonte currently speaks to educators and students on topics such as education, character development, resilience, and values, to name a few. His full motivational series answers that burning question we all have: how we can instill this rare but vital virtue into the hearts and minds of every student in the K-12 system.

I guess you can say he’s like the Guru of Virtues when it comes to empowering young students to understand and acknowledge how much potential they have, and how they can unleash it no matter which obstacles or unexpected visits from adversity they may have.

As a young girl, when I would read literature, it was solely because I recognized that I had the potential to be great at something. I had a small hint when I was 9 that it would be writing. I just needed to figure out what I could do with it, or if I was even capable of doing anything with it. In Henry Thoreau’s Life Without Principles, I learned that although society may try to limit what I believe I can do, or make me feel that I didn’t have any potential, ultimately the decision was up to me. I related to his thoughts, words and perspectives in a way that helped me protect my potential at any costs, and in turn become resilient.

When I read his card, he reminded me of the same exact hope that I carried with me over the years when I made the choice to always see the value and potential in my life, even if I was part of a system that made me feel like I did not matter. The only difference between my earlier inspiration and how it’s maintained today is that I found someone who is still living I can relate to – but my resiliency is different it is from how he found his. I share mine through writing, and he is actively working and sharing his in a way that’s helping all students and faculty think about what they want their legacies to be, and how much potential they have.

It made me wonder if McCleary is really asking whether there is enough funding geared towards programs to help kids who may not have the best sources of inspiration. Would they benefit from leadership programs offered in a more engaging way?

Is there enough money and time being invested in helping kids personally develop their passions and sense of self, in addition to learning the fundamentals? Where can we start when considering how to recruit more faculty that can relate to students and what they experience once the schools doors close? From Hardships to Scholarships answered all my burning questions after getting to know the founder himself through his organization and motivational series.

I often wonder how we can expect a child to go on to do great work and fully utilize their Education Passports beyond high school if their inspiration, sense of self, and drive isn’t fully developed. Education is something that is lifelong. It’s not just about algorithms, equations, or how Christopher Columbus had it all wrong. It’s about growing into your potential and then, in turn, sharing it with people around you in such a way that contributes to making the world a better place. It’s about preparing students for the next phase of life. And although that’s an algorithm within itself, it’s something that Pi squared can’t always solve.

McCleary and redefining what basic education means is a start to helping students figure out how to solve the more complex algorithms when the school doors close. Life is hard for us all at certain points. We should encourage all students to wear their potential as armor and allow their passion and knowledge to carry them to the success that every person, whether student or educator, desires.