Activist of the Month: Betsy Cohen

At the League of Education Voters (LEV), we recognize all of the hard work that you do toward improving public education across Washington state. We are pleased to announce our Activist of the Month for February: Betsy Cohen. Read more about Betsy’s experience as an education activist. 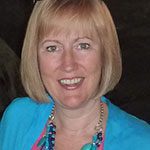 Betsy Cohen testified in Olympia for the first time two weeks ago in favor of the college and career ready diploma (HB 2181). That might come as a surprise to those who know her, since Betsy has been involved in education advocacy for years—since moving to Washington state when her children were young.

Betsy joined her children’s elementary school PTA and, with her background as a law professor, was quickly appointed as their legislative representative. Over the years, she has organized dozens of trips to Olympia and helped others testify (but she never had the opportunity to testify herself).

Betsy worked at LEV in 2011–2012 as a field organizer, which she says was a great opportunity to learn more about what can be done and how to connect with people and get them involved in education reform.

LEV State Field Director Kelly Munn has worked with Betsy for years: “Betsy does ‘authentic grassroots engagement.’ She has a fundamentally strong idea about the power of community and community voice. She’s good at bringing people together around an issue so that they can advocate.”

Betsy currently serves as the Advocacy and Legislation Chair for the Issaquah School District PTSA. One of the biggest parent concerns in the district, she says, is the stress levels and workload that the students have. She coordinated a year of “listening” last year at the school district’s request and presented the results of the study as part of a “community values statement“—designed to give parents and students in the district a voice and aid district representatives, WEA representatives, and the School Board in teacher contract negotiations.

Betsy says that she has always been interested in education and how people learn, both at a macro- and a micro-level. She has attended LEV’s activist training for the past three years (most recently, on January 25 in Renton). She enjoyed making connections with new people and found the entire day to be informative and rewarding.

She especially enjoyed Nicholas Bradford’s workshop on restorative justice, Tacoma News Tribune columnist Peter Callaghan’s workshop on how to op-ed, and LEV Field Director Kelly Munn’s workshop on collective bargaining. Above all, Betsy says that keynote speaker Erin Jones was far and away the highlight of the day. She says that Erin was both compelling and entirely authentic when speaking about her experiences.

Reflecting on her work in education advocacy, Betsy says, “I feel very lucky to be here and in how the different parts of my life have come together. The beauty of advocating in partnership with LEV is that you have access to incredible people who think deeply about education, resources about education, and you receive personal support to develop your own skills. And then you can make a difference in the things that matter most to you.”

Watch Betsy’s testimony on the college and career ready diploma below: