State Rep. Glenn Anderson (R-35th) wrote this for his constituents and allowed us to republish as a blog post for our edCored series on education funding. If you want to be notified when new content is published in this month-long series, please subscribe to the LEV Blog’s RSS feed or once-a-day email digest. 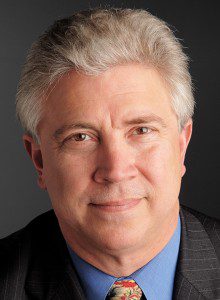 At the national level:

After a bruising federal national debt-ceiling debate, a spending cut of less than 1 percent was enacted before Congress voted to lift the nation’s borrowing authority by another $2 trillion. Consequently, the United States credit rating was downgraded for the first time in our history. This Labor Day, the national creation of jobs was zero as millions of individuals struggle to make ends meet and invest in their future. Today, Europe is in the middle of a banking system meltdown very similar to the 2008 U.S. banking system meltdown, except instead of the sub-prime mortgage debt, the issue is the sovereign debt of European countries (i.e. Greece, Spain, Italy, etc.). The U.S. Federal Reserve Bank recently began financial bailout loans to European banks (similar to the support they provided to American banks in 2008-09). This is a last ditch effort to prevent the collapse of the European economy upon which the U.S. economy is very dependent.

Our president, before a joint session of Congress, recently proposed a $447 billion temporary “jobs creation stimulus” plan to, again, attempt to kick-start the U.S. economy. This proposal follows the previous $880 billion stimulus plan enacted in 2009, which, by almost all expert assessments, failed to have any impact on improving the nation’s economy. The new “stimulus-light” proposal contains a number of marginal initiatives that would require borrowing even more money from overseas (primarily China). It has been presented that these proposed spending increases will be “paid for” by closing various federal tax loopholes and “taxing the rich” (individuals with an income of $200,000 and above). This is just an outright falsehood. If you eliminated every federal tax loophole and confiscated 100 percent of the profits of every business and the income of “the rich,” it would pay down less than 10 percent of our now $16 trillion national debt.

The only solution to this extraordinary mess is to dramatically cut federal spending and very aggressively create family-wage private-sector jobs. Government can’t create a single permanent private-sector job, but it can create a fair and stable business climate for employers to invest and create those jobs.

At the state level:

Our state’s situation is equally severe. Recently, the state economist forecasted another $1.4 billion reduction in anticipated state tax revenues. This comes just four short months after the 2011-13 state budget passed by the Legislature took effect. Additionally, it was forecasted the state’s economy would not improve for at least the next 18 months and further revenue declines can be expected. Most expert opinion suggests that it will take 6-10 years for the state’s economy to recover to pre-Great Recession levels. The governor has called for a special session to being Nov. 28 to deal with this new budget shortfall, which is not soon enough in my opinion.

This situation comes on top of an overall, already-weak state economy over the past decade. Over the last 10 years:

1) net private sector job creation (actual jobs created less actual jobs destroyed) in our state has been almost ZERO, even with an increase of almost 1 million in new population. The current unemployed/underemployed rate is roughly 17 percent (some estimates place that number closer to 22 percent);
2) the rate of personal income growth (fatter paychecks) is down 20 percent; and,
3) the most basic cost-of-living indicator, food inflation is up almost 40 percent (the number of federal food stamp program participants has tripled). In short, more people in Washington are getting poorer, faster.

What this means is the economically healthier urban counties (King County, in particular) are less and less able to generate the level of tax revenues to redistribute and support the other counties dependent on state funding. Over this last decade as state citizens’ overall have gotten poorer on average, state government spending has increased about 22 percent overall from about $24.5 (2001) billion to $30 billion (2011). This is clearly not a roadmap for future prosperity.

The solution at the state level is no different in principle from the federal level: we must very aggressively encourage the creation of family-wage, private-sector jobs. Without this initiative, our ability to invest in the education of our children, replace worn out infrastructure, transition to a sustainable healthcare system, provide public lands for recreational use and environmental protection and maintain a strong public safety system will continue to erode even more rapidly.

Where do we go from here?

One of my favorite quotes is, “the test of a great people is their ability to renew themselves in the face of adversity.” All of us must understand we are in the beginning of this process. Please do listen to the news closely no matter how depressing it may be or how busy you are. Seek out the facts and ignore the ranting of the ideological extremes. Encourage your community groups to move beyond the “what’s in it for me first” mentality. Challenge your friends and family to become part of the solution.

We will succeed only if we all agree we want to succeed and not just look for ways to blame somebody else for the recent unraveling of the economy. We must act now to ensure our legacy to our children is one to be proud of, not ashamed of, in our time of adversity.