edCored: Innovate, create, invent and when you need to reinvent

Catherine Ushka-Hall is currently the Vice President of the Tacoma School District Board of Directors, having been elected to her first six-year term in 2009. She is a lifelong education advocate, and her two teenagers attend Tacoma Public Schools. She wrote this for our edCored series on education funding. If you want to be notified when new content is published in this month-long series, please subscribe to the LEV Blog’s RSS feed or once-a-day email digest. 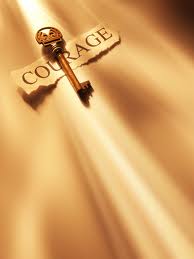 As I sat at the dais at the beginning of discussions on budget cuts last year, I placed a note between myself and our board president that reflected the guiding principles we had agreed to over coffee. It had four simple words: “Innovate, Create, Invent, Reinvent.” These words reflect a commitment to not give up on improving the quality of education we provide for our students in spite of the cuts that lay before us. I underestimated the amount of courage it would take to remain true to those principals, and the extent of culture change those words represent from the classroom to Olympia. We must innovate and engage in continuous improvement as the stewards of our fate represented by the kids in each and every classroom in the state.

Silence is not an option.

The public was far from silent when more than 1,500 parents showed up to be counted or testify when the idea of closing a high school was suggested to reduce just $2 million of more than $38 million in cuts. The public was also not silent when we made the painful decision to close two grade schools for a total savings of $1 million. Our teachers were not silent when we sought to pass cuts to them, or alter contract language to allow us the flexibility to place staff where they best fit based on the skills of the teacher and the goals of the school community. Ironically though, the public was completely silent when I clearly stated during public session that the two school closures were likely to be the first, but not the last, as we would begin the 2012 school year with thousands of empty elementary seats, and anticipated the onslaught of further reductions.

I will not be silent now as if there is a possibility of $2 billion in reductions not affecting us, or as if this is not a crisis.

Whether pitting neighbors against each other or education against corrections, “do it to someone else” is not the answer that we need. In our hearts and minds we know this is true. As a board member I am steward of the educational system, however as a citizen, I am also a steward of our whole community. These are not conflicting interests, and we must expect citizens, staff, and our leaders to have the courage to forgo individual politics and personal fears so that false premise is not galvanized as fact. To do so would create a climate where innovation is impossible at a time when it is essential to our success.

You may be wondering what my point is beyond deep-felt frustration. It is this: we cannot allow cuts to levy equalization or all-day kindergarten that would harm those children and districts most at-risk and further drive inequality in our system. We must insist that our legislators make whatever cuts they do on the state level so neighbors are not pitted against one another. We must honor them personally and politically for having the courage to do so. We must temporarily put aside the battle to ensure that the state meets its paramount duty of funding, and we must identify and support the creation of new revenue streams that allow for stability in education and all of the government services that we rely on. If that means overturning the requirement of a 60 percent supermajority, or insisting that the supermajority define itself, then so be it. If that means the creation of a state income tax, or the removal of some loophole, then so be it. If that means that we ensure Washington works with Washington to untie our hands from the limitations of No Child Left Behnd so that we can work without fear of condemnation, then so be it. I am not claiming that these are the answers; however, I am insisting that we find the answers together and move forward with clear intent to find and implement innovations that empower us to provide excellence in our new economy.

As we begin our board review of further anticipated shortfalls, I will add a fifth word to my notepad to ensure I do not lose sight: courage.

I challenge myself and my peers to define it in their words and actions. In the end, it truly is all about the kids. I will strive to be able to tell my grandchildren (not a hint to my teenagers, by the way) how people from otherwise opposing sides came together to recreate a system so that they and every student of their generation is empowered with the greatest tool we can provide: a quality education. As we move through the sometimes ugly process of democracy, I urge the citizens and leaders of our great state to create this story with me. I cannot promise we will be successful. I can promise that it will be a story worth telling.