LEV Legislative Roundup for Week 6: The budgets are coming

By Jacob Vela, League of Education Voters Director of Policy and Research 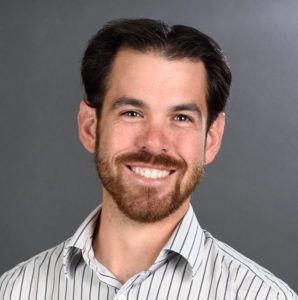 It is hard to believe how much has happened during the past week in the Legislature. With less than three weeks left, everyone involved is digging deep to find that last burst of energy to help get across the finish line. Tuesday was the cutoff for House of Origin floor activity. Bills had to be voted out before 5:00pm, meaning that legislators and staff were putting in long hours to get the necessary work done. The House worked through the night on Monday, not adjourning until nearly 6:30am Tuesday morning only to turn right back around and start working again at 11:00am.

Wednesday morning bright and early, policy committees began holding public hearings on the bills that were passed from the opposite chamber. Hearing agendas were packed, and committee chairs usually would begin with providing friendly advice, or maybe a warning, to individuals who were scheduled to testify that “short testimony will be appreciated and often rewarded.” Within a two-hour block of time, a committee often has to hear 5-6 bills, caucus on an equal number of bills in executive session, and then also take a vote on the various amendments and bills. It is a whirlwind as members, staff, and advocates spend their days logging on and off various Zoom meetings trying to keep up with it all. The pace is unavoidable as the final policy committee cutoff is Thursday 2/24.

Also on Wednesday, the Washington State Economic and Revenue Forecast Council released their February report that showed that once again, our state’s economy continues to be strong and that revenues are exceeding projections, this time by $452 million over the last three months. Based on the current forecast, Washington is expected to have a nearly $7.5 billion surplus at the end of this biennium, which does not include the remaining federal funds from the federal stimulus legislation. Budget writers Senator Christine Rolfes (D-23) and Representative Timm Ormsby (D-3) expressed caution at the news of the increased surplus, once again pointing out that we are living in unprecedented times and the growth we are currently experiencing is expected to slow over the next year. The supplemental budget will reflect this caution, making investments that will continue to have long-term benefits but that can also be sustained throughout the 4-year budget outlook.

Speaking of budgets, while the majority of Washingtonians will be celebrating President’s Day on Monday 2/21, those following the legislative process are waiting in anticipation for the scheduled release of the House and Senate budget proposals. The Senate is expected to share their proposal at 8:00am on Monday morning, followed by a public hearing in Senate Ways & Means Committee in the afternoon at 4:00pm. Rumor is that the House will be releasing their budget documents on Monday as well, at 12:00pm, followed by the House Appropriations Committee hearing at 3:30pm. The tight turnaround is necessary as both the House and Senate need to quickly take action on their proposals so the budget leads for the four caucuses can be placed on a conference committee to begin the negotiations that will hopefully lead to an agreement on a final bill. The pressure is on – sine die (the March 10 end of the legislative session) is less than three weeks away.

League of Education Voters will be clicking on the refresh button on Monday waiting to see the budget documents appear and then working to provide an analysis of the two proposals. Years ago, you had to stand in line on the first floor of the Legislative Building (the one with the dome) on budget release day waiting for the budget documents to arrive from the printers. The ability to access the budget proposals online is wonderful, but I do miss watching others take their paper copies and then quickly find a quiet place on the legislative campus to flip through to find their budget items. Any flat or semi-flat place would do – the marble steps, empty benches, or even the floors – would become makeshift offices as people either celebrated being included or groaned in disappointment. Computer screens may have replaced the dogeared paper copies, but the sense of community that surrounds budget release day is still the same. Those involved understand how much effort goes into working the budget process, and they are quick to provide encouragement or excitement in response to a phone call or text.

The upcoming week will also bring opportunities for LEV to testify and advocate for our policy priorities, support our coalition partners, as well as work on various budget provisos in hopes of securing them in the final 2022 Supplemental Budget.

We truly appreciate all you do for Washington students. We’re all in this together.​