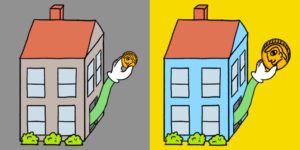 On Monday, NPR launched the first installment of a three week series on education funding. The series is highlighting disparities between states and between districts within the same state. This story shows that Washington is one of many states working towards adequately funding schools and ensuring students who need more support get more support.

This article brings attention to how the local and state share of education funding is generated and why different schools generate different levels of funding support. This point rings especially true for Washington, as it is the over-reliance on school district levies to provide basic education that was a key element of the McCleary Supreme Court ruling in 2012.

According to the article, Washington ranks behind 38 states in the level of funding support for K-12 schools at $9,383 per student. One challenge in comparing per-student spending across states is that the most recent data available is often three years old, making even new ranking lists not reflective of recent changes in education funding. The data used in this analysis is from the 2012-13 school year. For Washington, this means that it does not include any of the $3.2 billion of new investments dedicated to basic education over the last two budget cycles. Including the recent enhancements will boost per-pupil funding amounts in Washington by more than 10% over the per-student amount included in this article.

Washington still has substantial progress to make in fully funding basic education, but it has made significant strides in recent years that are not reflected in the per-student funding ranking of states in the NPR article. It is important to both acknowledge the progress Washington has made in funding education and continue to strongly advocate for equitable and ample education funding.