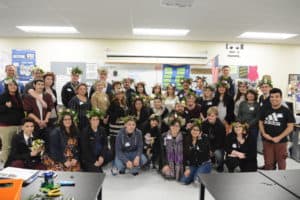 There are schools all across this state that are making dreams come true for their students.

I had the opportunity to visit one of these schools.

The students come from all kinds of backgrounds, but what they have in common is resilience, life experiences that have matured them, and despite so many obstacles, they are determined to meet their life goals. This school is helping to get them there.

The staff surrounds the students with a sense of belonging, a sense that they contribute to their education community, that each of them matters.

END_OF_DOCUMENT_TOKEN_TO_BE_REPLACED

Students learn most effectively when their school feels safe, inclusive, supportive, and respectful. (1)

Closing opportunity and achievement gaps and improving student outcomes relies on our ability to create positive school climates for every student.

Creating positive school climates and providing student supports can mitigate the impact of trauma (2), mental health needs (3), and other non-academic factors that affect a student’s ability to engage in learning (4). Washington state has embarked upon some critical work to create positive school climates. The Educational Opportunity Gap Oversight and Accountability Committee (EOGOAC) spearheaded a number of reforms, most recently with the passage of HB 1541 that continued student discipline reform and created the Washington Integrated Student Supports Protocol (5). The state also convened a workgroup to develop benchmarks for Social-Emotional Learning (6) for district use. We can enhance these and other efforts to deliver services to students and enable districts and schools to create welcoming and supportive environments for every student.

END_OF_DOCUMENT_TOKEN_TO_BE_REPLACED

Afterschool Is Essential for Millions of Students Nationwide Each Year

Ruben is a senior at Walla Walla High School, and recently secured a job as a Walla Walla Public Schools afterschool tutor. Throughout his afterschool journey, Ruben has acquired a number of real-world skills, and has made many friends and professional contacts along the way.

Afterschool is very important to me for many different reasons. It has taught me many different things, including computer programs, videography and cinematography skills, communicating with other people. My program has also helped me develop different strategies around critical thinking, problem solving, analyzing, planning, brainstorming, time and stress management, and leadership. All of these skills learned in afterschool can also be used in a real-world work environment; for me, that would be something in the field of animation or concept art. In both of these fields, it is essential to be able to work and communicate within a team structure in order to produce the best content for the job.

END_OF_DOCUMENT_TOKEN_TO_BE_REPLACED

The Washington Legislature made initial investments in the Expanded Learning Opportunities Quality Initiative, which provides professional development, technical assistance, and a quality measurement system to ensure that programs offered to Washington youth are high-quality and effective. An additional $2.25M investment to expand the ELO Quality Initiative can increase the number of programs able to participate by 330— and increase access to high-quality programs for more than 11,000 students across the state.

END_OF_DOCUMENT_TOKEN_TO_BE_REPLACED

League of Education Voters works with Seattle’s South Shore PreK-8 on preschool, social emotional learning, and student supports. This blog series focuses on how South Shore engages students who come from a background of trauma.

“Don’t reinvent the wheel” is often a mantra heard when discussing education. At South Shore, we believe that this often holds true across the educational spectrum. Many times there are other schools that have thought of, or at least explored, solutions to challenges that our school community faces. At the end of last year, our leadership team began to think about changes for the upcoming school year; it’s never too soon to start planning.

Through the connection of one of our teachers, in May we were offered a chance to visit Roses in Concrete Community School, located in East Oakland. A team of teachers, families and administrators traveled to Oakland to visit this school in order to gain a better understanding of what they are doing right. Roses in Concrete is known for a strong social justice lens and serves as a model of how staff genuinely reflect the community it serves through strong and ongoing communication. This school was founded by Dr. Jeff Duncan-Andrade, a well-respected professor, teacher, and speaker focused on critical pedagogy in urban schools.

END_OF_DOCUMENT_TOKEN_TO_BE_REPLACED

Imagine your school is in the bottom 5% of all Washington state schools for graduation. About one out of every two students will not graduate. And when people visit your school to question what’s happening, the students respond, “What do you expect?” They attribute the failures to themselves and maintain, “That’s just the way it is here.”

That is a quote from a student at Sunnyside High School several years ago. Its graduation rate hovered at 49%, students blamed themselves, teachers were exhausted, and everyone was working as hard as they could. It was difficult to envision this struggling school becoming a top performer in just a couple years – but it did. Significant change in a short time IS possible in our schools; we’ve experienced it.

END_OF_DOCUMENT_TOKEN_TO_BE_REPLACED

South Shore Stories – Getting James Back in the Classroom

League of Education Voters works with Seattle’s South Shore PreK-8 on their preschool, social emotional learning, and student supports. This blog series focuses on how South Shore engages students who come from a background of trauma.

Attendance matters. That is a common saying in education these days, and research backs this up. Studies have shown again and again that students with fewer absences achieve at higher academic levels. In fact, a recent study looking at young children found that absenteeism in kindergarten was associated with negative first grade outcomes, such as greater absenteeism in subsequent years and lower achievement in reading, math, and general knowledge.*

At South Shore, we have been working hard to build systems that are able to quickly identify students with academic concerns by triangulating several sets of data including absences, tardies, and office referrals, as well as teacher concerns. We then begin building individual plans to address these concerns through a relationship stance; we build support rather than assume ill intent and move in a punitive direction. What we have found over and over is that there are many reasons that students are missing school. Some reasons include transportation, lack of childcare for siblings, illness in the family, or in some cases, severe anxiety in students.

END_OF_DOCUMENT_TOKEN_TO_BE_REPLACED

League of Education Voters works with Seattle’s South Shore PreK-8 on their preschool, social emotional learning, and student supports. This blog series focuses on how South Shore engages students who come from a background of trauma.

School is an experience that most Americans can relate to. These school experiences, whether public or private, help shape our perception of what a school should be. As our country becomes more and more diverse, the need to diversify supports available at a school have increased as well. Schools have become so much more than places that focus solely on academics, although academics is often the only parameter of how schools are judged.

Many schools in under-served communities often provide meals to the majority of their students. They may also offer social and emotional supports in the form of a school counselor or a Family Support Worker. Here at South Shore, we have decided to prioritize the social and emotional supports of our most vulnerable students. We have done this by reallocating both district funds as well as outside resources to focus on building strong relationships within our school building.

END_OF_DOCUMENT_TOKEN_TO_BE_REPLACED

Summer Learning Loss, and What You Can Do To Prevent It

Summer learning loss, what is it?

School is out and the sun is shining! While summer is filled with lots of fun, time away from school can have a negative impact on students. Summer learning loss occurs when students don’t reinforce what they have learned throughout the school year, leading to a loss in knowledge and the need for teachers to spend the first weeks of school re-teaching skills that students learned the previous year. While there are many factors that come into play, some students lose over 2 months of math and reading knowledge during the summer. Fret not! Despite this, there are ways that parents can help keep their kids engaged in learning all summer long. Here is our guide to free (or nearly free) ideas and resources to help keep your little learners, elementary schoolers, and teenagers engaged in learning all summer long.

END_OF_DOCUMENT_TOKEN_TO_BE_REPLACED

Students Must Be Ready for What Comes Next 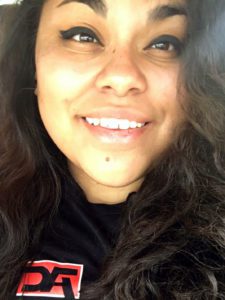 I am currently a sophomore at Columbia Basin College, where I major in political science with a minor in education. I attended two separate high schools before graduating in 2015: Delta High School, the first STEM high school in Washington, for 9th through 10th grade, and then I transferred to Pasco Senior High School to participate in Running Start, a program that allows students in the 11th and 12th grade to attend college courses to earn an Associate in Arts degree upon graduation from high school.

In high school I was a C/D average student. A few Bs made an appearance from time to time but not consistently, and it wasn’t from a lack of trying. My friends were A+ students, always making the honor roll, and they didn’t have to try. I would stay up till 4 o’clock in the morning, sometimes pulling all-nighters to finish assignments and group projects because of short deadlines and multiple assignments coming due at the same time. My friends’ teachers gave them small assignments and did not thoroughly check them to see if they were finished. Because of pre-conceived expectations, if their teachers saw writing on the papers turned in, they would give my friends an A for assignments because they were “completed.” My friends did not know how to find the slope of a y-intercept, learn the stages of mitosis, or master writing an analysis essay, but I did.